Some part of me mourns the innocence of the days when I used to teach a handful of students in the living room of my rented basement flat beneath a butchers in West London. Somehow these students and I found each other, pre social media, and I begun to do something with them which I had no training in, but was a pure expression of my personal studies and practice: a dive into the language of Sanskrit through sound, grammatical form, meditation and philosophical enquiry. 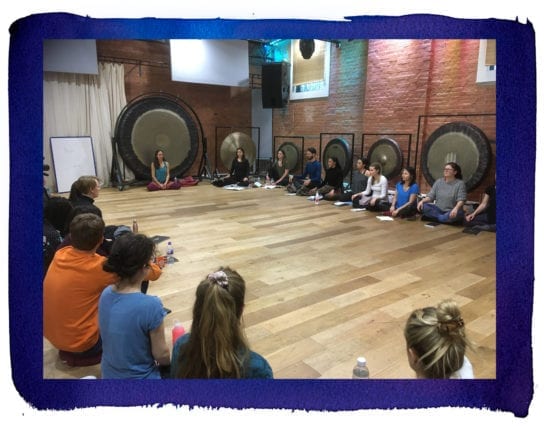 After many years children arrived, people moved, and these groups gradually disbanded. Then new groups formed and workshops came and went. And I realised that as people immersed themselves in the resonance of these sounds, their beings were able to sink into a deeper recognition of the true depth of their being.

And then chance meetings created more workshops and courses evolved, and I realised that I needed a container to hold the vision of the teaching that was materialising. So Original Wisdom was formed: a pathway for those wanting to enter the cosmic vision held within the teachings of Sanskrit; a container through which to offer people the opportunity to study and experience the magic of Sanskrit, as a vortex of light that illuminates our intellectual capacity and conjures creativity. It is the labour of love of a Sanskrit journeyer, of someone who has been ‘got’ by a need to know the inner teachings of ‘the word’, ‘sound’ and ‘yoga’.

If you feel inspired to make your own journey into the Sounds of Sanskrit, then Original Wisdom is a platform inspired by the intent to open spiritual doors and insights, weaving the teachings and sounds of the tradition to allow a recognition of the timeless transcendence of the moment.

We look forward to welcoming you onto one of our courses! 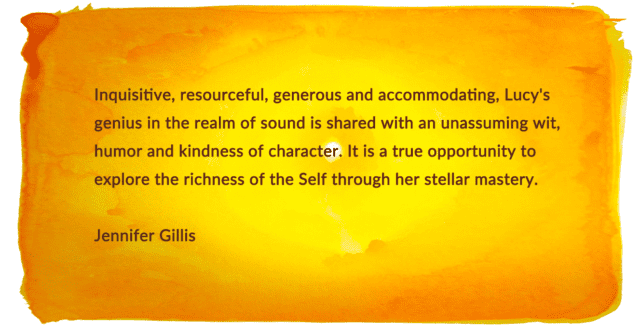 is a pathway for those wanting to experience the inner teachings of mantra and yoga philosophy for themselves through an immersion into sound, meditation and scholarly precision. It is the labour of love of a Sanskrit journeyer, of someone who was ‘got’ by a need to know the inner teachings of yoga, ‘the word’ and sound.

The teachings of Original Wisdom weave a precise and clear roadmap of the Sanskrit language with an experience of the sound of the language, allowing people to hear the subtleties of resonance and to trust the authority of their own experience. As we explore mantra together so we learn to walk the revelatory teaching of the great works of yoga philosophy and Original Wisdom is born; a knitted thread of both being and becoming.

Original Wisdom creates the space to enter the cosmic vision held within each letter of the Sanskrit language. And for those wanting to walk the path of intellectual illumination, Original Wisdom offers the teachings of Pāṇini, the great visionary of the Sanskrit language whose breathtaking exposition breaks open the understanding of our own language so that we begin to speak every utterance and hear every murmur of the mind as a whisper of the reverence of life herself.

LUCY CRISFIELD founded Original Wisdom to add depth and precision to the modern teachings of the ancient yoga lineages, inspired by her own desire for awakening and intellectual illumination. She shares her love of language with the intent of it opening spiritual doors and insights, weaving the teachings and sounds of the tradition to deepen understanding.

After studying the violin and piano at the Royal College of Music, Lucy received a first class honours degree in mathematics and Music and left London to travel solo through more than 30 countries over three years in her quest for a deeper understanding of life. During this time she discovered the magic of how the spiritual expresses itself through the word, studying Arabic in Damascus, Yemen and East London and Hebrew and Sanskrit at SOAS in London.

Lucy designs and delivers unique classes which fuse the intellectual rigour of her mathematical background and Sanskrit studies with her deep connection with sound received through her classical music training, and later through the teachings of the Krishnamcarya Yoga Mandiram and finally Peterji Harrison who initiated Lucy into the Advaita Vedanta tradition.

OUR LOGO is a merging of the Sanskrit sound ‘aim‘, ऐं, and the hourglass shape of Śiva‘s ḍamaru drum. ‘aim’ places us directly into the original flow of creative wisdom; the light of consciousness known as Saraswatī and Śiva‘s ḍamaru drum creates the powerful sequence of letters known as the Sanskrit alphabet. Imagine sounding these sounds each morning, feeling your tongue dance along the articulation points of the Sanskrit language? Your mouth will sing with vibration as the sounds re-enact the cosmic dance of creation as you sink into the timeless transcendence of the moment.