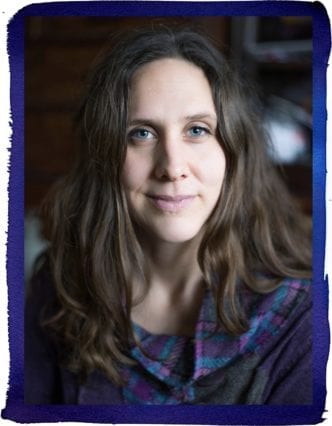 As I walked down Oxford Street one evening I had the realisation that if I didn’t let go of all expectations about career, perceived success and monetary gain, that I was going to die before my time. Up until this point, an insatiable desire to prove my worth and to fulfil the natural capacity I had with academia and music had seen me sail through a first class honours degree, and a scholarship to the Royal College of Music. A year spent in South America had started to erode my expectations about how my life may turn out, but it wasn’t until I entered my first yoga class high on ecstasy, that an unshakeable knowing took over my whole being and I knew that at whatever cost it took, this was now the focal point of my life. So sitting on a plane to Jordan when I was 24 with only a few thousand pounds in my bank account, I didn’t know when I was going to come home, but I was prepared for it to be never.

India was my goal, and a need to immerse myself in yoga. But before I got there I lived with the Bedouins in the desert of Jordan, fell in love while studying Arabic in Damascus, let the sound of the call to prayer start to break down my atheist tendencies and spent weeks walking barefoot along the flagstones of Jerusalem. But eventually I found myself in  Rishikesh, India – I inhaled my last drag of a cigarette and I knew that now I was ready for the work to begin.

I begun my schedule of spiritual 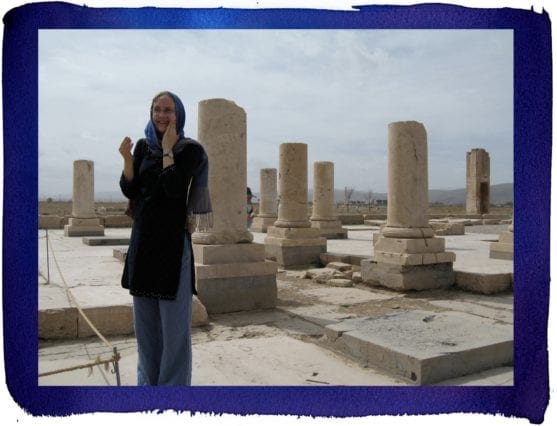 practice and started to meet other travellers who had also let go of their lives back home, travellers who had been searching for their soul in Asia for years; our conversations revolved around meditation experiences, childhood trauma, shamanic journeys and  expressing ‘our truth’. My world was cracking apart, it was painful and challenging but I knew I was where I was supposed to be.

The journey continued with Reiki trainings in Goa, Vipassana in Dharamasala, personal retreats in Ladakh and Tibet, Buddhist courses in Khatmandu and a love affair with a Reiki Grandmaster in Pokhara. He took me rowing and dived into the lake shaking with his love for his guru, Osho. I was seeing people act in ways that would have been inconceivable to me back in London, could I let myself go in the same way? 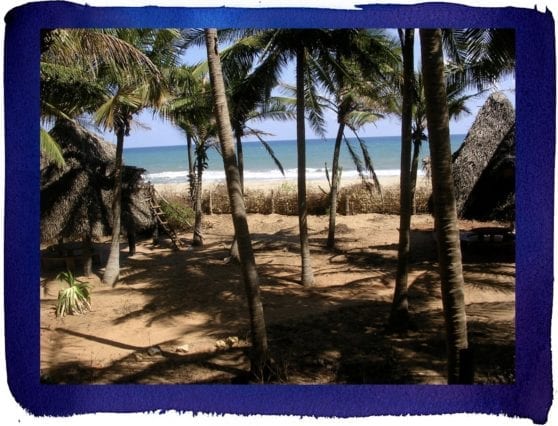 The tsunami took me to the beach of Auroville and a man who would totally unravel me; a psychotherapist who had fully embraced the alternative lifestyle 25 years previously, he was twice my age and a polyamorous raw foodist. His purpose in life was to awaken and he took me on as his personal project. We were together 24/7 for 6 months, I had an unending stream of questions and he had a unending stream of answers. He also had the strength and wisdom to make me aware of painful patterns I was holding onto that I didn’t want to see. It didn’t take me where I expected – after 20 months on the road, I had a breakdown that left me unable to move for 5 months.

Every cell of my body throbbed as all the pain and misunderstanding of my childhood came surging to the surface, desperate to be seen. My ovaries pulsated continuously for 5 months and I went yellow as my liver released the traumas that had been buried in my system. The sound of the Indian ocean was my friend and later I came to realise that the Mother and Sri Aurobindo were also by my side. ​​ 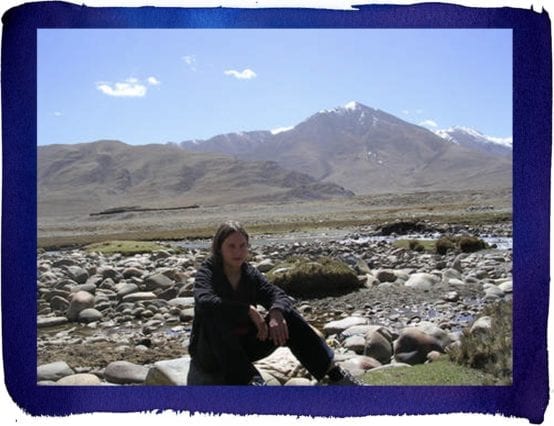 It took 4 years for my system to re-calibrate after this experience, during which time I worked for a cultural tour operator for the Middle East. I travelled to Libya, Syria, Yemen, Iran and Ubzekistan to name but a few, planning historical tours and immersing myself in the Arabic culture and the Quran. I travelled extensively during this time, both externally and internally; I invested the time that I wasn’t working in a daily yoga practice, Vipassana courses, vortex healing, network spinal analysis, yoga workshops, colonics, shiatsu, and 4 years of painstaking holistic dentistry to re-align my jaw and the cranial rhythm of my brain. I must at this stage also mention Adyashanti, a teacher I found during this time who traverses traditions and whose presence weaves through everything I do.

Over the next 10 years  I was moved by an investigation into the expression of the divine through sound. I studied Arabic, the recitation of the Quran, Hebrew and Sanskrit and took part in 7 years of intensive study with the Krishnamacharya tradition with whom I studied the yoga sūtra, Vedic chanting and yoga therapy. Wanting to take my understanding of the yoga sūtra further I studied with Satyananda Shastri who came from a lineage of Sanskrit teachers from a Sanskrit speaking village in India. He spent the latter part of his life in west London and we worked intensely one on one for 5 years before he passed away; he broke me down again and again as I tried to fit the yoga sūtra into a box and he showed me the vast capacities of the Sanskrit language. 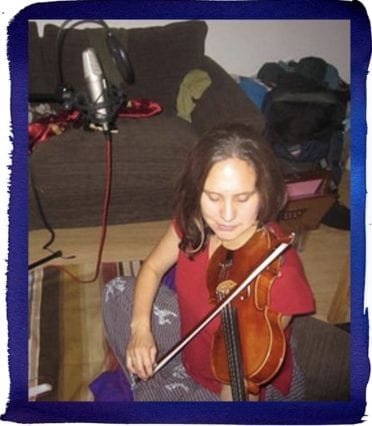 These days I study the Sanskrit grammar of Pāṇini with Dr Stephen Thompson, alongside a study of the more subtle aspects of the language with a true master of sound, Peterji Harrison. I asked for such a master to reveal him/herself to me for seven years and I finally feel at rest that I have found him. Peterji was authorised to initiate students into the tradition of advaita vedanta by Swami Rama of the Himalayan Institute, and having initiated me he continues to elucidate the deeper meanings of the veda and the yoga sūtra through a direct experience of sound.

I can be found in Gloucestershire where I live with my partner and our two children. I’m currently writing a book and share the teachings of Original Wisdom as a pathway to illumine the intellect, connect to our essential being and open to our creative wisdom. I look forward to meeting you on one of our courses!