For those of us who have been deeply touched by a yoga class, we usually find that the course of our life has been changed forever. From this point, we tend to dedicate large amounts of time to discovering what it was that touched us exactly, and how we can stay more connected to this energy. The Māṇḍūkya Upaniṣad describes this energy as turīya, or reality in the following passage: 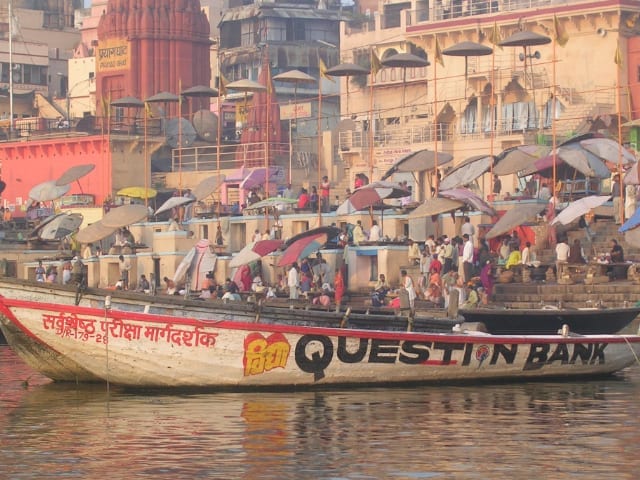 This passage can feel confusing at the level of the mind, but evokes a recognition within us at the level of the heart. So how do we allow a full and complete knowing of what this passage is describing to arise within our being? Within the tradition of yoga, mantraḥ is prized as a direct path to a deep and full realisation of this reality. But what exactly do mantraḥ mean and how do they work?

The pūrva miṁāmsa darśana of Jaimimī and Sayāna’s authoritative commentary of the veda explain that the pada is the principle way through which the mantraḥ of the veda and associated chants works, and it is through the pada that an understanding of these potent sounds can be found. The pada is a structural device which examines the nature of the world around us through the lens of the physical (vaiśvānara), the subtle (taijasa) and the causal (prājñā) so that a knowing may arise of the fourth which is the ultimate reality (turīya) or our true Selves.

The word pada (interchangeable with pāda) means a foot, step, action, a word, a sound, a line, or the chapter of a text that is split into 4 sections. The Yoga Sūtras are presented in 4 pādas and the Māṇdūkya Upaniṣad splits the resonant mantraḥ om into 4 padas. The root of the word pada, means ‘in moving’ so each chapter, word or line of a mantraḥ moves you from one field of enquiry to another. 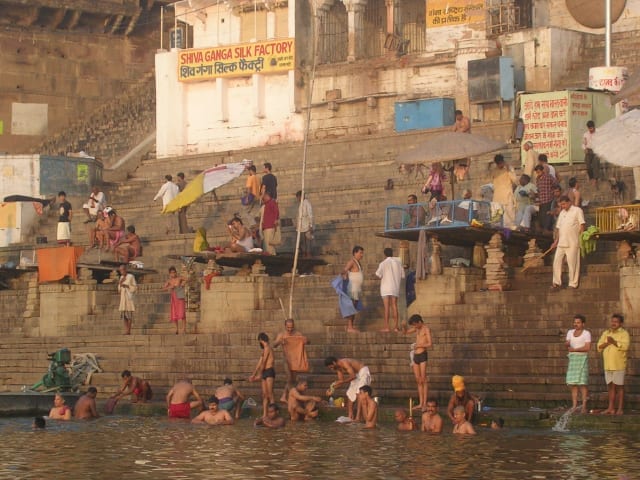 We may well ask why is it important to look at how the objects around us came into being? The appearance of me as a fundamentally separate identity to you is so convincing that we often don’t think there is any relevance in questioning whether the way we see things is how they really are? The leap from seeing things as separate multifarious forms, to the unified vision that the spiritual texts talk about can also seem so great and so beyond our grasp that we rather stick to what we know, trying to find the change that we want in life while sticking to the same fundamental conviction that I am separate to you.

The Yoga Sūtras give us a very clear motivation for examining the nature of our beliefs and the forms around us in 2.17 when it tells us that the fundamental belief that you are different to me is the cause of all of our suffering.

heya = that which is to be avoided (suffering)

‘The identification of the seer and the seen is the cause of all suffering’.

The power of the pada in combination with the sound of mantraḥ is that it holds our hand and takes us, one small step at a time, from where we are, to somewhere else. If we change the position that we are standing, it changes our view and the pada helps us to do this so that we can loosen the grip we have on our reality and see things in different ways. The extent to which we are able to let go, is the extent to which reality will confer upon us its grace.

Now follows a look at each of the four pada in turn.

This is the realm where the senses are turned outward. It is the world of objects which are made up of the five different elements in various combinations. It is the sphere of generated forms which feel as though they are constantly in a state of movement and change.

The objects of the physical realm appear to have a separate identity but are in fact generated by our mind. Shakespeare captured the essence of this when he said “there is no good or bad, but thinking makes it so”. 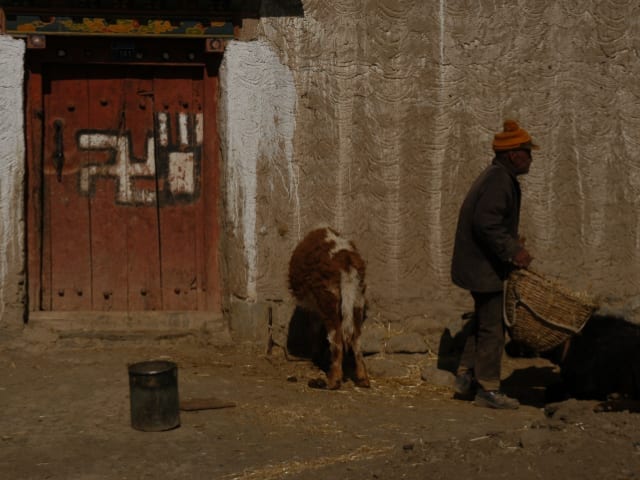 The light by which we see this world is the light of prājñā. This is a place where the mind is empty, where the sleeper has no dream and there is no desire. It is a blissful condition of pure awareness and receptivity. It is the silence behind sound and its vast and glorious aural spectrum. When we are in a creative process, we must be connected to the vast open silent spaciousness found in this realm as it is from this realm that our inspiration springs.

A useful analogy to explain this process is that of a projected light creating forms on a cinema screen. Pure light represents the causal realm, the movement taking place within the light represents the subtle realm of the mind, and this movement creates the false appearance of physical forms on the screen. The reality however can be found in the blank screen which is turīya. When the film finishes what remains is the blank screen and it is in the permanence of the blank screen that unlimited joy, bliss and peace can be found. I wish you well on your journey with mantraḥ and hope that the pada may illuminate your path back to your Self.

Source: the wealth of knowing contained within my teacher, Peterji Harrison

How do the Sounds of Sanskrit deepen our experience of yoga?